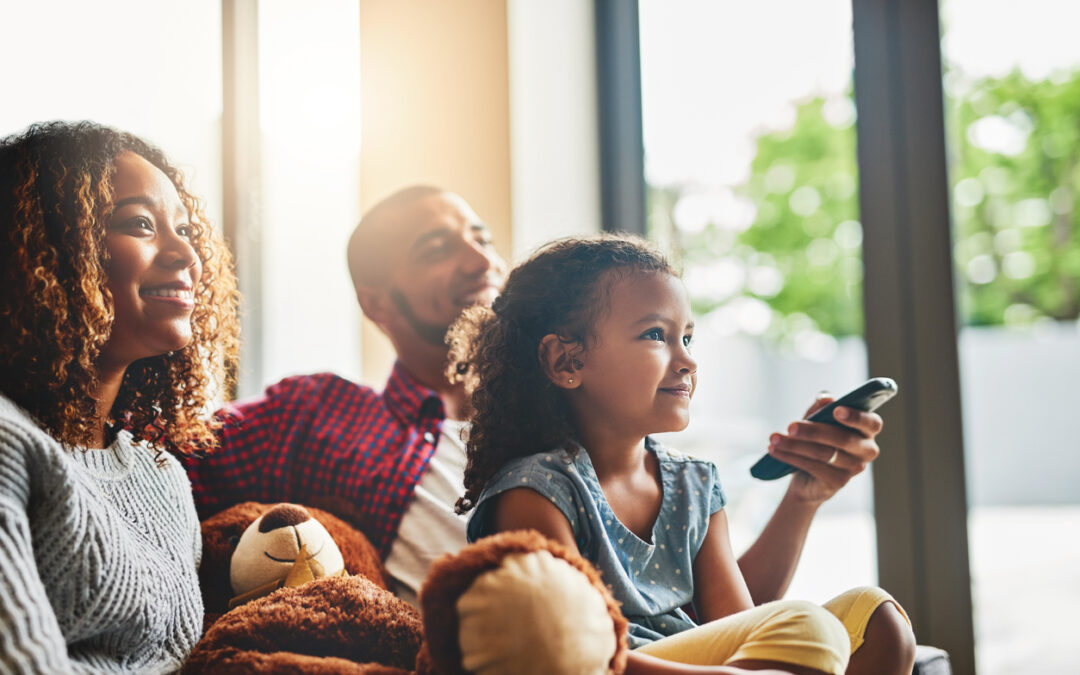 Why does it seem like the best and most memorable movies are the ones you watched when you were a kid?

Maybe it’s the feeling you got when a happy ending unfolded or the thrill of watching the daring adventures undertaken by your favorite characters. Whatever the reason, the movies you watch when you’re growing up can leave a lasting emotional impact.

Kids naturally connect to movies because of the stories they tell and the behaviors being modeled by the characters in the story. Like little sponges, your children absorb and mimic the language and behaviors they see on the screen. That’s why it’s important to choose movies with positive and supportive messages for your little ones.

Movies can have the power to teach kids valuable and lifelong lessons —  and perhaps one of the most fundamental lessons children should learn is that of self-love.

It’s never too early to start teaching self-love. In addition to important positive side-effects like confidence, resilience, and positive self-image, learning self-love in childhood will lay the groundwork for how your kids treat those around them, too.

Here are 6 movies that help teach self-love to your kids so they can grow into empowered, confident, and kind adults.

Whether you opt for the 1998 animated classic or the 2020 live-action reboot, children of all ages can learn what it means to develop self-worth from this old Chinese folktale.

Growing up in Imperial China, it’s clear that Mulan isn’t like other girls her age. Courageous and headstrong, her parents hope she’ll shape up to be a good and honorable wife, and nothing more.

But when her crippled father is called to join the army, Mulan comes up with a plan to disguise herself as a man — and bravely take his place in battle.

Mulan teaches the importance of staying true to yourself — listening to your heart, discovering your life’s path, and setting out fearlessly in pursuit of your goals, no matter what.

The O’Shea brothers, Kevin and Danny, grew up in small-town Ohio. While Kevin is a former football great, Danny has spent his whole life in his brother’s shadow.

But when Danny finds himself putting together a team of charming misfits with his daughter and football prodigy, Becky, the two teams face off to determine which will represent the town of Urbania.

Along the way, the kids on Danny’s Little Giants are seemingly thrown every possible curveball and are faced with nearly every obstacle. But they persevere, and when the big game comes, each member of the Little Giants quickly learns how their unique strengths make them a perfect fit — and a winning team.

In a heartwarming tale of what it means to have grit and determination, kids will learn the importance of never giving up on their most coveted pursuits, how to uncover their strengths and talents, and how hardship can be a crucial piece in growing confidence.

Based on the Roald Dahl book of the same name, Matilda, another timeless favorite from the early 90s, tells the story of a young girl who is incredibly bright — and incredibly different.

As her family spends all of their time plopped down in front of the “telly” watching trash TV every night, Matilda spends all of her time with her nose in a book.

When she discovers that she possesses an incredible gift, she uses it to outsmart her family and the evil headmistress at her school, Miss Trunchbull.

This touching story teaches kids that their impact on the world can be enormous regardless of how small they are, and to pay close attention to their passions and what they’re good at, always seeking to grow them in spite of challenges.

A film adaptation from the New York Times bestselling sensation, Wonder is the story of a young boy named Auggie Pullman. While Auggie is a normal 5th grader, there’s 1 thing that makes him different from his peers — his facial disfigurement.

As a result of his deformity, Auggie has been homeschooled his entire life, until he starts at Beecher Prep, a private middle school. Auggie gets off to a rough start and is called hurtful names about his looks until he befriends a boy named Jack.

When Jack’s best friend Julian begins to feel left out by their budding friendship, he continues to harass Auggie using hateful and malicious acts. Auggie finds himself feeling more and more isolated and targeted.

As Auggie continues to try and show his classmates that there’s more to him beyond his disfigurement, he finally starts to become more accepted by his peers — and by himself.

Wonder is an excellent choice for parents who want to teach their children not only about self-love, but about seeing their greatness and their uniqueness and how special it is to the world, and how important it is to embrace and love every part of who they are, unconditionally.

Video game lovers, unite! Wreck-It Ralph is an animated favorite from the early 2010s that takes place in an arcade game after the lights go out and the “open” sign has been flipped.

For 3 decades, Ralph has been the bad guy in his video game, wrecking things and making messes for the “good guy,” Fix-it Felix to follow him around and clean up. But when he’s fed up with his role as the antagonist, Ralph decides that it’s high time for him to seek out a new name and reputation for himself, with the goal of becoming just as beloved and heroic as Felix.

Ralph bops around from video game to video game, meeting other characters along the way, but still wreaking havoc wherever he goes, leaving a trail of destruction, causing him to wonder if he’ll ever be able to make the change he’s seeking.

It’s only after he discovers just how integral his character is to make his own game work, that Ralph also discovers how unique and special he is.

Wreck-it Ralph is a fantastic option to teach self-discovery and self-acceptance — a movie about discovering who you truly are, and who you were always meant to be.

While defiantly venturing out into the open waters of the Great Barrier Reef at school one day, Nemo, a little clownfish with a gimpy fin, gets swooped up by divers.

As he helplessly watches his only son disappear without a trace, Marlin, his overbearing and overly anxious, yet loving father, decides to face his own fears and embark on a terrifying, unpredictable journey across the ocean to try and get him back.

Marlin meets other fish and sea critters along the way, including Dory, a blue fish with a hilariously irritating short-term memory problem who joins him on his quest.

As the two finned friends travel across the sea, Marlin is faced with opportunities galore that force him to conquer his fears and prove to himself that he’s braver than he thought.

Finding Nemo is a story that shows us that overcoming self-doubt is possible and that on the other side of fear is where confidence resides.

The Importance of Discussing Mental Health With Your Kids

There really is no such thing as “too early” when it comes to teaching children about self-love.

Movie night is a great time to do this. You’ll not only love getting the chance to not only get some quality family bonding time but watching and rewatching movies like these may even spark up a good conversation about how things like self-talk and positive affirmations can help foster the character trait that may be considered the foundation of a positive self-image.

Looking for more tools to help nurture your child’s mental health? From encouraging body positivity to learning ways to cultivate open communication, here are more ways to support your budding gymnast as they grow.

Updated: We will remain closed for all classes today, Jan. 18th. Enjoy the Snow!